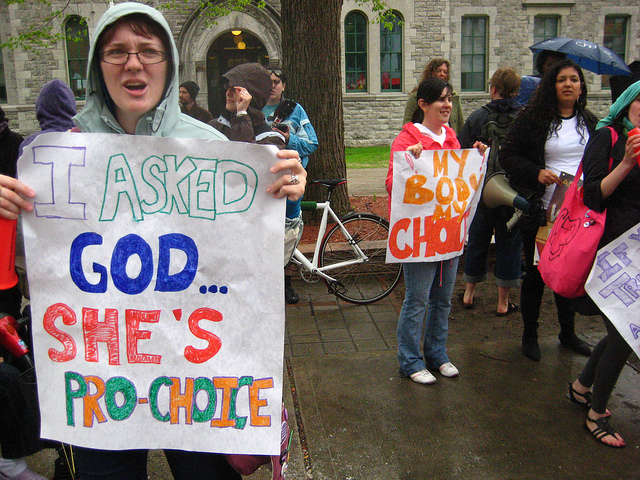 I have made peace with the fact that the convictions of others will not always line up with my own. Not everyone will go about certain items of business in the same manner as me, even if our convictions align. I have recognized that no matter how hard one works to come across gracious, there will be blame for being a bigot-filled hate monger.

While I fall short and have many less than proud-of-myself-moments, I have a deep longing for others to know they are loved and valued. At times, I believe that part of what contributes to someone recognizing that they are cared for is for someone else to step in and confront what not only is immoral but also illogical. In those situations, some have to be treated with delicacy and some need someone to get in their face.

There is a particular group of people that I believe need to be dealt with in a little more direct way. Not in a hateful way, but a stern way. In fact, in a way that they tend to deal with others when it concerns what they are arguing for. That group of people are those who are fighting against pro-life: the pro-choice advocate.

Even if stern, direct and fair is not the way you would prefer being dealt with, lets at least deal with these things in an honest way. A way that pro-choice advocates across the globe have avoided for too long now.

Now before I get into it, I recently wrote a Note to the mom considering abortion. To me, there are not many groups of people who need as much love, grace and delicacy as the single/abused/raped/fatherless woman who bears a child and is considering ending it’s life. The church cares for you, mom. Yes, you are responsible, but yes I care for you and there is hope beyond the bleak future. More than likely(statistically) you have been used and abused and those who follow Christ should take only the position of fighting for you and for your soul. I expound on this in the link above.

Back to the pro-choice advocate. In the link shared above, I also shared some strong words for you. You are guilty of abuse. You are in the wrong for taking advantage of the vulnerability of an abused woman and responsible for the murder of nearly 1.3 million human babies in the U.S. each year.

More than that, the nature of your argument has so drastically evolved over the last decade that at best, makes you and your argument a joke. At worst? Incites you more surely as a murderer with the lives of millions on your hands.

This is not a conversation I am unwilling to have face to face. In fact, my journey with face-to-face dialogue with others on this topic began in high school. I had the privilege of serving with an organization who opened up and welcomed dialogue with those who were in disagreement with the convictions I held. It has been since that time that I realized even the most uneducated of people can hold ground against the faulty pro-choice arguments. And over the last decade, I have evaluated and observed the evolution(or devolution) of the pro-choice argument:

1. Began with the pro-choice advocate making medical and scientific claims that, seemingly and for the time, supported abortion thus argued from those perspectives.

2. Medical and scientific claims were eventually ruled out making it impossible to medically or scientifically support abortion thus placing the pro-choice advocate in a conundrum. (Some of the world’s most prominent scientist and physicians testified to a U.S. Senate committee that life begins at conception… nearly 35 years ago!) From nearly every angle, there is no intellectual way to argue this fact.

3. Medical and scientific support is no longer a valid argument, let’s fight this out arguing about the woman’s right to kill that thing that science has clearly proven bears life.

Conclusion: It boils down to intellectual laziness. At least put in half the effort as your forefathers to come up with some sort of valid argument that fools you and the circle of people around you for a little while. While biology has ruled the baby IN, you’ve ruled the baby out- based on your opinion of rights. You’re unwilling to do the hard work of at least acknowledging what secular science has proven. You’ve jumped from one disproven argument to the next and then, for pete’s sake, resorted to arguing FOR the autonomy of others who are vulnerable and in need of counsel. Even you and I can’t be trusted with autonomy.

Pro-choice advocate: you’re not revolutionary, you’re lazy. You’re not progressive, you’re a murderer. What is even scarier is the fact that you will acknowledge what science has proven and shrug your shoulders to it. It’s no longer an intellectual argument, it’s simply a failure for you to have any concern for murdering another human being.

The guy in this video may not be the most well-spoken of pro-choice advocates but it’s a pretty close representation of how quickly said argument crumbles.

Good article, Nathan. I always enjoy reading what you’ve posted. I’m blessed to have met and known you while attending CBC in Conway. I’m glad I can say, “Hey, I know that guy!” You are doing good things, bro. I look forward to reading more from you.