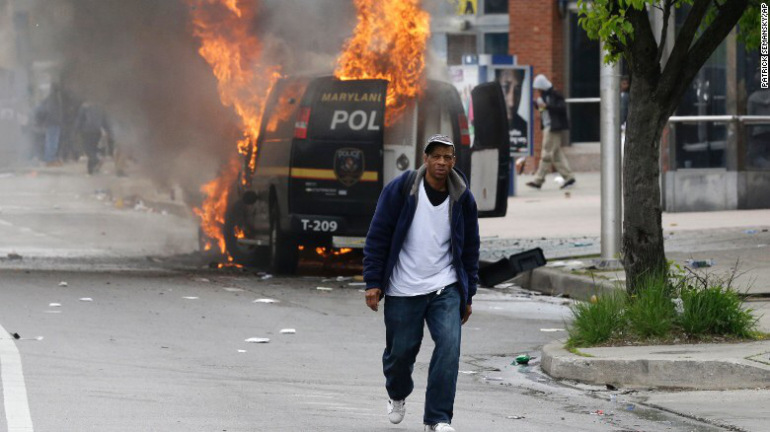 I’ve seen celebrities speak to issues at hand who are natives of places like Baltimore and Ferguson after a riot filled stint. Places like Oklahoma, Arkansas and the coast after being wiped out by a natural disaster. Celebrities who, for the most part, are unwilling to enter the real mess and get involved in restoring what is broken. Celebrities who, for the most part, are interested only in going viral. Celebrities who are generally accepted by the public for their contributions to entertainment.. despite their continual profanity-filled rants, promiscuity and bone-headed decisions in the public eye.

Now, whether it be the author of this article or the eyes of the one reading, no one is perfect. So rather than this serving as my soapbox against the unbelievable ignorance of many of todays celebrities, I just want to take this opportunity to share something remarkable with you.

The world has always been a mess. It has always been one filled with riots, wars, mind-blowing sexual promiscuity(see 1 Corinthians 5), and evil. It would seem that this world is no place for a king to visit, much less call home.

In John 1, one of the most bizarre scenarios that is above anything you or I could have ever made up is described. A king who was present in the beginning as he and the Father created a perfect and beautiful world and then witnessed the greatest act of treason anyone has ever known stepped down into the mess. John introduces skeptics, doubters and intellectual cretins to the Glory of a perfect and all knowing God who has virtually been out of reach for two millennia. These readers minds are blown and maybe even discouraged to know that there is someone who has such control of the chaos of their present world and yet an avenue doesn’t exist for their ceremonially unclean souls(Gentiles) or overly self-righteous behavior(Jews) to reach him.

Then, John changes the game. Verse 14 says: “And the Word became flesh and dwelt among us..” God. God became man. Not to visit us and ascend back to his sweet gig in heaven, but to dwell. To live with us.

This sounds pretty great right? Ironically, 1 Corinthians also tells us that to many, this story is the most offensive and intrusive story ever told. That a man would enter their mess, live among them, die for them, and then require them to do the same by following Him and abandoning worldly pleasures. He’s not setting all of us up to lose our physical lives, but he does demand that we give our lives to Him.

The mess of Baltimore and the natural disaster prone areas is all of our mess. It’s brokenness that we are all contributing to and being affected by. A king chose to enter that mess and invites you to bring the baggage into the relationship He wants to have with you.

That’s the Gospel. That’s Good News in the middle of the mess.